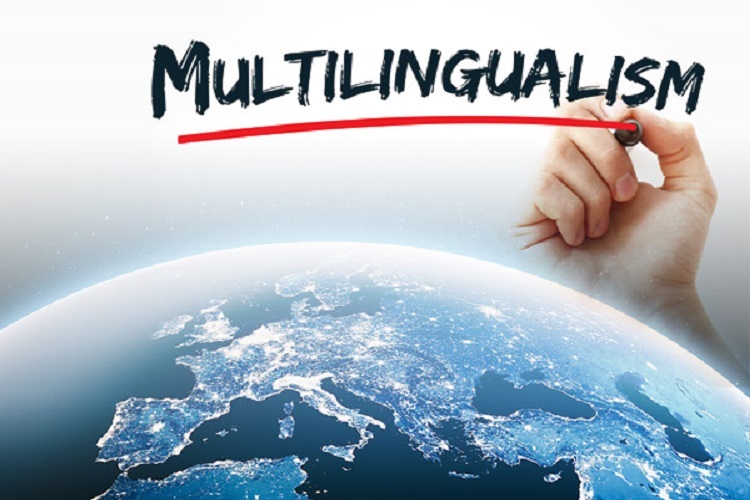 Multilingualism: it’s not all or nothing

Before my daughter was born people would asked me « In which language will you talk to her? ». The truth is I had no idea. I didn’t have a plan. I didn’t know the answer to this question. In fact, I was also very curious about the answer.

I moved to France when I was in my twenties, finished my studies there and started my life as an adult. I spoke French without an accent, if any then it was the one people have in the south of France, where I studied. I never thought I would leave France.

But I did. I met my French husband and we lived together in Austria, China, South Korea and Germany. We still speak French at home but now I don’t speak French 100% of my time anymore. My “to do lists” are in French. I count in Romanian. I did my business plan in German. I write my blog in English.

I navigate between French and Romanian, I can mix up both languages. I sometimes want to say the same word in both languages, sometimes I don’t remember a word in any of them.

When my daughter was born I spontaneously started to speak French with her. It felt natural. And at the same time I was sad and also felt sad and a bit guilty not to pass on to her the language my own mother spoke to me when I was a child.

Each time I asked other multilingual families around me or read articles about multilingualism I heard this rule « one person, one language- stick to it » It made me feel even more guilty because I was not able to stick to it. It felt so radical and so « all or nothing ».

A child can navigate many different languages

My daughter was born in Austria so she heard German from her birth. In the first year of her life she was exposed to Chinese, English and Korean and interestingly enough her first word was « bye bye »- in English! Although neither I nor my husband talk to her in English and we don’t speak English together. But in Beijing and Seoul where we were attending different activities for babies (like music workshops) and at the end everybody said « bye bye ». This first word was a mean for her to communicate with her peers.

So I realized that she would not only be able to manage French and Romanian if I spoke both languages to her but probably all the other languages around her.

But I was still afraid to break the rule « one person- one language and stick with it » Since I was not able to stick to Romanian 100% of the time, I tried to stick to French

It can be flexible

I have learned 2 very important things from Rita Rosenback about how to « juggle more than one language in a family ».

1/ the strategy of one parent one language is not the only one that works. « There are other systems that work as good if not even better than this strategy »

2/ the belief that « you can never mix languages is not true either ». « Research shows that if parents speak two languages children can learn both languages equally well »

« Victoire! » After Rita’s webinar I gave myself permission to talk to my daughter in both languages. The day after, I started to use Romanian when we were alone. The first time I talk to her in Romanian she was 15 months old. She looked at me in a very intense way, trying to read my body language. I believe she noticed the change in the language. She adjusted very quickly and I feel so happy that I can use both languages.

Here are some tips that help me navigate the two languages:

I start the day by saying the first words in Romanian and it helps me to set the tone for the day. I’m sending this message to myself and to my daughter: « this is going to be a day when we will speak mainly Romanian ».
If the first words come in French it’s ok too. It’s probably going to be a French-speaking day (or mostly French). When I’m tired it’s easier to speak French so I just accept it.
If I mix it up and say something in French, I just repeat it in Romanian and then continue in Romanian
If she doesn’t understand me in Romanian and I know that she would understand me in French I use gesture to explain it. Actually I have noticed that in any language children need to associate the gesture to the word. For example if you tell them: « open the tap » without accompanying it with the action of opening the tap they don’t know what « open the tap » means. So if she already associated the gesture with the phrase in French I just start it from zero in Romanian and help her build the association between the gesture and the phrase in Romanian too.
Read books that we read in French in Romanian too
Listen to music in Romanian.

When we want to « do things right » it’s easy to get trapped by the rules (like « one parent- one language and stick with it ») and it’s easy to loose contact with the big picture. What’s a language about? As Rita put it so well in words: « Language is communication, that’s the first point about a language: getting the communication across »

5 coaching skills I use as a mother

All you need to know about travelling with a baby