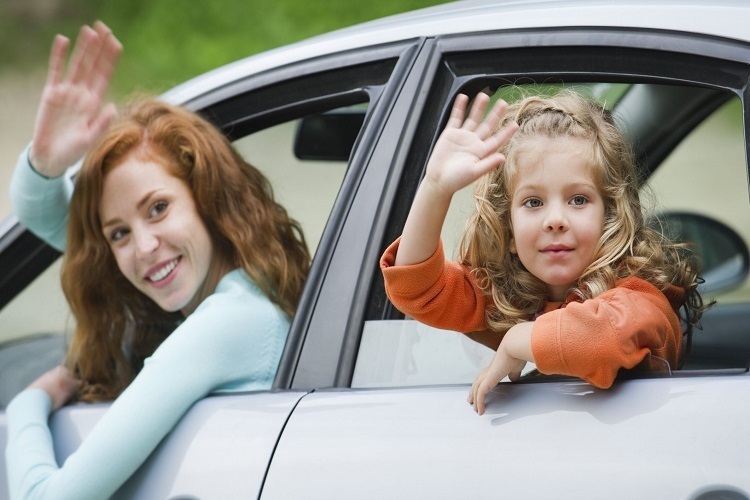 As a nomad family who has already lived in 5 different countries with our baby in 16 months, goodbyes are part of our life. To such an extend that my daughter’s first word was « bye bye ». In English, although we don’t speak English at home.

Goodbyes are important. Learning to say goodbye in a way that will gently close a chapter and open a new exciting one is even more important when we have kids.

Our way of saying goodbye came intuitively and the more I think about it, the more I see that my daughter needed these steps even when she was just a little baby.

1. A couple of days before you start packing, explain what is going to happen.

Believe me, babies and toddlers do understand that a change is about to happen. They pick up on parent’s excitement and stress. Explaining things and articulating what is going on helps them to better cope with the change.

Even with a baby, sit down, hold her/him in your arms and explain in a simple, natural way that in a couple of days you are going to start packing because you are moving. Describe all the steps and what they should expect. Remind them of the process the day before you start packing and on the day you pack.

Do the same on the day you actually leave your old home.

2. Help them have an image of the new home

I hold this idea from a mother I met in Beijing. She crafted a booklet for her toddler with a few pictures: their new home, the kindergarden her son will be attending, the city they were about to move to. I think it’s a wonderful tool to help children have a sense of control of their lives just by seing how things are going to look like.

3. Give them a chance to say goodbye to places, objects and friends they have

Before you leave, have a ride in the city and say goodbye to your baby or toddler’s favorite places. When we left Seoul we have organized a playdate in each Kids Cafemy daughter loved. We have made time to see all the friends she had there. She might not remember them but they were important to her at that time and the farewell honored their friendship. Babies have friends too.

On the day you leave, make time to go around the house with them and say goodbye to each room, to the garden (if there is one) and any place or object that has a special meaning for your baby or your toddler. When we left the grand parents’ house where we lived for a couple of months in France, I knew it’s going to be a tricky moment because my daughter had so many happy memories there and she was then at an age where she could remember it. So we took the time to go around and say « bye bye » to the garden where we payed together, to the ceramic cat she took for a real one, to the hallway where she started walking. It was a very intense moment for both of us but I felt that this ritual helped her to close the capter in a serene way. When we left she was very calm and didn’t cry at all. This ritual was the best thing to do.

4. Let them choose their memories

I am going to be honest with you. I have learned this from my 15 months old daughter. She doesn’t speak yet but I can understand her body language. The week before we left her grand-parents place where we lived for a couple of month between two moves, she asked me to show her the photo album her grand parents made with pictures of her since she was born. She knew that we were going to move, because I had started to prepare her that week (see the step 1). She looked at the pictures very carefully and she stopped to one picture showing her with her grandparents when she was 10 months old. She made me understand that she wanted me to take the picture out of the album. I did so. Then she continue to flip through the album and stopped to another picture of her with her grand-grand-mother. When we stayed with her grand parents she met her grand-grand-mother every Sunday for lunch. Again, she wanted me to take the picture out of the album. She held the two pictures and smiled happily. I asked « You want to keep them? ». She nodded. « You want to take them with you when we leave next week? » She nodded again…

Babies and toddlers need to have space and time to say goodbye well and we can help them.

Traveling with baby can be fun